Kombucha is thought to have originated in the Far East and was consumed there for at least two thousand years; it has also been used in Eastern Europe and Russia for several centuries. The first recorded use of kombucha was in China in 221 BC during the Tsin Dynasty. It was known then as “The Tea of Immortality.” The word kombucha is said to have come from Japan in 415 AD when a physician by the name of Kombu treated the Japanese Emperor Inyko with the tea. It took his name, “Kombu,” and the word “cha,” which means tea in Japanese.

Russia has a long tradition of using a healing drink that is similar to kombucha, called “Tea Kvass,” which is made from what Russians referred to as Japanese mushrooms. The Kombucha Home website discusses the differences between kvass and kombucha, explaining that while both are lactic acid bacteria ferments, kombucha’s microbial balance includes naturally occurring yeasts, while kvass is dominated by bacteria. Another big difference is that kvass doesn’t require a starter culture, like scoby.

In 400 BC, Hippocrates said, “All disease begins in the gut,” and his words are truer today than ever. Known as the “immortal health elixir” by the Chinese, kombucha’s health benefits extend to the heart, brain and (especially) the gut. After fermentation, kombucha becomes carbonated and contains vinegar, B vitamins, enzymes, probiotics and a high concentration of acid. These bacteria produce cellulose, which acts as a shield to cells. 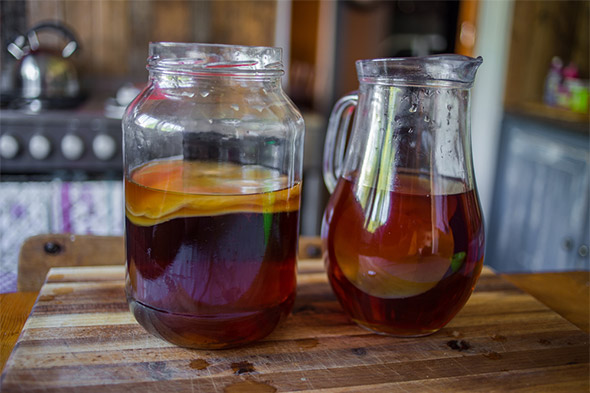 Scoby, the mushroomy-looking thing floating in kombucha, is an acronym for “symbiotic cultures of bacteria and yeast.” It looks like a slab of blubber, but it makes kombucha’s fermentation magical transformation happen. The scoby infuses kombucha with yeast and beneficial bacteria to create fermentation, giving the drink its tartness, effervescence, and probiotic punch. Dr. Michelle Schoffor, chef for the Cultured Cook website, says, “Most people notice fairly quickly that their digestion improves. And in my experience, when digestion improves, overall health and [improvement in] specific conditions can follow behind.”

Just as bacteria and yeast have a natural place in kombucha, so do sugar and alcohol. During fermentation, the yeast eats the sugar, creating carbon dioxide – the fizz – and a trace amount of alcohol. Most of the sugar gets eaten by the bacteria during fermentation, usually leaving just a few grams. Anyone who loves fizzy drinks can swap kombucha for soda thus lowering their sugar intake and boosting their probiotic ingestion.

Kombucha is now abundantly available commercially. Sixteen-ounce bottles cost around $4, and you can find “booch” in your supermarket’s refrigerated section. Kombucha brewers are competing to create more flavors and add more active cultures because, with the market so hot, kombucha’s natural probiotics are no longer enough.

However, pasteurized kombucha has a questionable effect, as the bacteria killed during the pasteurization process is what can help your gut function more efficiently. “Pasteurized kombucha” should probably be called “kombucha-flavored tea” because the benefits of healthy bacteria are lost during that process. In addition, even commercial “unpasteurized kombucha” that is left on the shelf for too long can be problematic as the alcohol content (which was initially below .5 percent for most products) may rise somewhat. So, be sure to purchase your kombucha from trustworthy sources and drink it within a relatively brief time after purchasing. If you make kombucha at home, the same rule applies.

How to Make Kombucha

Kombucha is simple to make. You can buy the scoby online, or maybe borrow some from a friend. The Cultures for Health website has a video that walks you through the Kombucha process. We have included a recipe below which makes about eight cups of kombucha. (You can also double the recipe to make more, and you will still only need one scoby disk.) 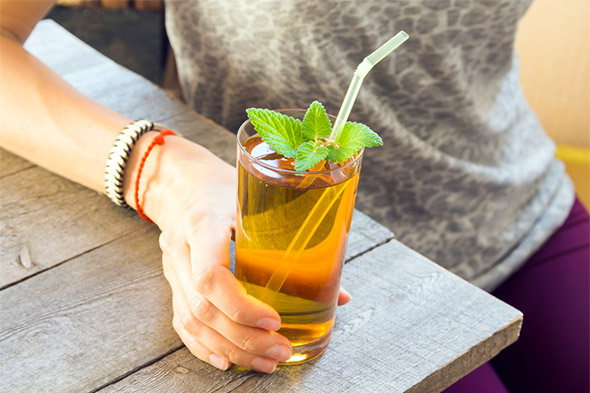 You can use your scoby disk again to make more kombucha but if you want to take a break from brewing, store your scoby in a tightly sealed container in the refrigerator along with enough fresh starter liquid to start another brew. The scoby disk can stay viable in the fridge for up to three months. 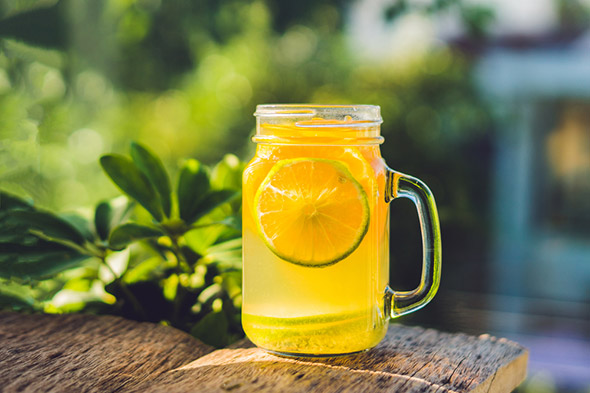 The recipe above is for basic, unflavored kombucha. You can try adding unique flavors like fresh-squeezed lemon or lime juice, blended berries, or fresh-squeezed orange, pomegranate, or cranberry juice. Do this after the kombucha has fermented and is ready to drink, or a day or two before it’s done, so the flavor can intensify. Either way seems to work well.

When bottling kombucha, don’t fill the bottle completely – leave at least an inch of space at the top of the bottle, which allows for carbonation. It’s important never to shake a bottle of kombucha as that would pose a risk of the bottle exploding. In addition hold your hand over the lid as you open it, to prevent the cover from popping off.

Be sure to refrigerate your kombucha to extend its shelf life. If you’ve added flavoring, keep in mind that fresh fruits, for instance, will go bad in the kombucha long before the drink. The side effects of Kombucha seem to be more of a risk when making homemade kombucha because contamination is possible, and the scoby disk and finished product haven’t been tested for quality like they are when manufactured commercially. If you’re going to brew your own, use sterile equipment, clean working spaces and high-quality ingredients.

Kombucha has been around for millennia and touted as a wondrous health elixir. While nothing is a “miracle cure” for disease, kombucha has a large number of benefits — due to the live cultures it contains. The powerful antioxidants in kombucha contribute to its anti-inflammatory, gut-healing and even potential anticancer properties. Making your own kombucha takes time and there is a small initial investment; however, you’ll quickly get the hang of it, and realize that it is a cost-effective way to enjoy the healthful benefits of kombucha every day.