Cinnamon was very popular in Europe in the Middle Ages and high demand was one of the reasons that Christopher Columbus sought an alternate (and ultimately misguided) route to the East Indies. Cinnamon has been used in Ayurvedic medicine for centuries to treat respiratory and digestive problems. The Bible mentions cinnamon several times, most commonly as an anointing oil and, as early as 2000 B.C., ancient Egyptians used cinnamon as a perfume during the embalming process.

Evidence suggests that Arab traders brought cinnamon to Europe, transporting it via arduous land routes, resulting in a limited, expensive supply that made the spice a status symbol in Europe. To maintain their monopoly on the cinnamon trade and to justify its high price, Arab traders refused to divulge the origin of the European cinnamon supply. However, demand remained high for the expensive spice and Spanish explorers set out to find it in the New World, albeit unsuccessfully. Finally, around 1518, Portuguese traders discovered cinnamon in Ceylon (present-day Sri Lanka), conquering the island and gaining control of the cinnamon trade for more than 100 years. Ceylon – and its valuable product – changed hands a few more times and, by the early 1800s, cinnamon was no longer an expensive and rare commodity.

Today, cinnamon is an everyday spice that is available everywhere. Or, more accurately, one kind of cinnamon is. There are actually two main types of cinnamon: Ceylon – Cinnamomum zeylanicum or “true cinnamon” – which is grown in Sri Lanka and Southern India; and the species known as cassia, which is produced in China and Indonesia. Cassia has the stronger flavor and aroma of the two and due to its much lower price it is what we buy in the store, although most cinnamon aficionados tend to think of it as inferior to “true cinnamon.” This “fake” cinnamon accounts for more than 90% of the cinnamon imported into the United States, where either version of the species may be legally sold as “cinnamon” (so let the buyer beware). However, in many other countries, cassia must be labeled “cassia” and cannot be labeled simply as “cinnamon.” 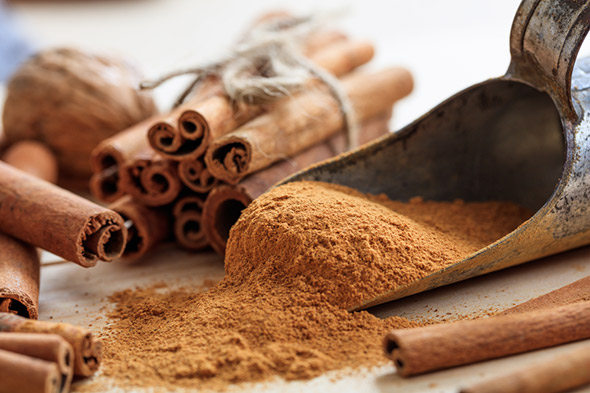 Ceylon and cassia cinnamons have slightly different health properties, as their essential oil ratios are somewhat different. However, cassia contains coumarin, which can be toxic in excessive quantities. Cassia cinnamon is a very rich source of coumarin, containing about 1 percent coumarin, while Ceylon cinnamon contains only 0.004 percent, a virtually undetectable amount. It is safer to choose the more-expensive Ceylon if you use a lot of cinnamon, as just one to two teaspoons a day of Cassia cinnamon could bring someone over the daily limit.

Cinnamon’s use as a medicinal agent throughout history has scientists trying to figure out how exactly its antioxidant capabilities work to better our health. “Most medicine started as herbs and plants,” said a spokeswoman for the Academy of Nutrition and Dietetics, “… and we’re now going back and proving what some of these plant substances may do for health.”

The distinct smell and flavor of cinnamon is due to the oily part, which is very high in a compound called cinnamaldehyde, which is responsible for most of cinnamon’s powerful effects on health and metabolism. Cinnamon is loaded with antioxidants, which protect the body from oxidative damage caused by free radicals. In a study that compared the antioxidant activity of 26 spices and other foods, cinnamon outstripped a number of “superfoods,” like garlic and oregano. Cinnamon’s antioxidants also have anti-inflammatory properties that help the body fight infection and repair tissue damage.

Cinnamon has been linked with reduced risk of heart disease, and it has been shown that just one gram of cinnamon a day has beneficial effects on blood markers. It reduces levels of total cholesterol and triglycerides, while HDL cholesterol (the good cholesterol) increases or remains stable. Cinnamon is also well known for the way it lowers blood sugar and the resulting anti-diabetic effect. There is evidence that the spice can help decrease the amount of glucose that enters the bloodstream after a meal by interfering with certain digestive enzymes and slowing the breakdown of carbohydrates in the digestive tract. Finally, studies indicate that cinnamaldehyde, the main active component of cinnamon, may help fight various kinds of infection.

In Mexico, “true” cinnamon is used to flavor hot chocolate, while in the United States cinnamon is mainly used in baked goods, though you will find it in some recipes for savory dishes. It is an important ingredient in Middle Eastern cooking and in Indian curries. Cinnamon sticks are commonly used to flavor hot mulled drinks and add a wonderful aroma to potpourris. Cinnamon is widely used as an ingredient in cakes, pies, cookies, cobblers, puddings, and other desserts, and it can be sprinkled on cereal, breads, muffins, and more.

The Greatest Cinnamon Recipe Ever

More than 40 years ago – in 1976 – the legendary New York Times food editor Craig Claiborne offered readers a sublime recipe for Rugelach (a.k.a. butter horns). With a full teaspoon of cinnamon (and more butter and cream cheese than you can imagine), these pastries are beyond divine and worth every ounce of effort they require. 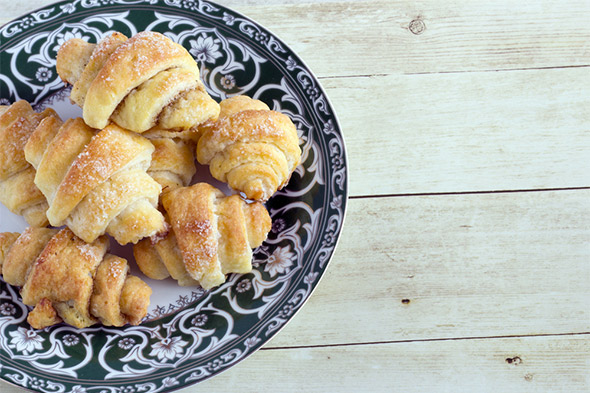 Despite the great Cassia-Ceylon controversy, the bottom line is that cinnamon is one of the most delicious and healthiest spices on the planet. It can lower blood sugar levels and reduce heart disease risk factors, and it has loads of other impressive health benefits. The fragrance that is released when cinnamon-laden delicacies are baked in the oven is nothing less than intoxicating. And, perhaps best of all, you can use cinnamon’s health benefits as an excuse to the make The World’s Greatest Rugelach. Enjoy!